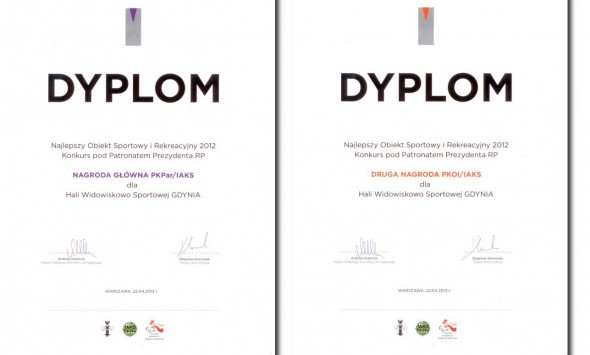 GDYNIA Sports & Show Arena is among the three Polish venues (and the only sports and show arena) nominated to enter this international competition – the most prestigious contest among stadiums, arenas and sports centres from around the world. Two other nominees are football stadiums: the National Stadium in Warsaw and PGE Arena Gdansk. Competition results will be announced during 23rd IAKS Congress held in Cologne (Germany) from 22 to 25 October, 2013.

You can find more information about the 2013 Competition on IAKS International website; here